My 100th post on this site… a bit late but nevertheless an anniversary edition! 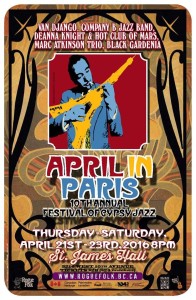 Ireland 2016: Centenary Film Programme April 22-30
Pacific Cinematheque
April 24 marks the 100th anniversary of the beginning of the 1916 Easter Rising, also known as the Easter Rebellion, a crucial moment in the history of Ireland’s struggle for independence and the ultimate creation of a sovereign Irish state.
This special programme, curated by the Irish Film Institute (IFI), features films by an array of prominent directors, including John Ford, David Lean, Neil Jordan, and Ken Loach. It reveals how the events of 1916-1923 and their aftermath have continued to capture the imagination of filmmakers, both Irish and foreign, who have created a substantial body of work from a range of perspectives.
http://www.thecinematheque.ca/ireland-2016-centenary-film-programme

VanEast Cultural Centre to April 23 (saw it, recommend it)
The Invisible Hand
A TIMELY POLITICAL THRILLER
When playing the stock market means life or death…Directed by Richard Wolfe, Pulitzer Prize-winning playwright Ayad Akhtar (Disgraced)’s provocative play follows a kidnapped American trader in Pakistan playing the market for his life. Taut scenarios unfold as the trader works to earn his release while unwittingly handing the tools for financial chaos and political vindication to his captors. Who will decide his fate? His captors, or the whims of the market?
http://thecultch.com/events/the-invisible-hand/
http://www.straight.com/arts/674181/invisible-hands-tale-terrorism-and-money-timely-it-thought-provoking

Frankie’s 765 Beatty St 8p.m. $25 (also on Sat 23 and Sun 24)
Tim Tamishiro
Tim Tamashiro is a “drinky jazz” singer. According to Tim, there are only two kinds of jazz: “thinky” and “drinky”. Drinky jazz has a mysterious power that brings even non-jazz fans to the jazz side. Tim promises you three things: great songs, cold drinks and bad jokes. This is the official CD release party for Tim Tamashiro’s new album “Drinky”. Expect special guests. Tim will be joined by Tilden Webb piano, Jodi Proznick bass, and Jesse Cahill drums.
http://www.coastaljazz.ca/tim_tamashiro 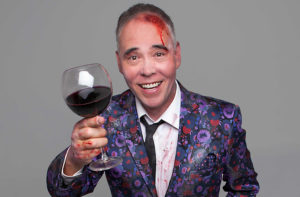 ****See festivals above for choice of evening events….

And if you missed them at April in Paris…
Black Gardenia at the Bayside Lounge 7p.m.
http://allevents.in/vancouver/black-gardenia-at-the-bayside-lounge/222270834803906 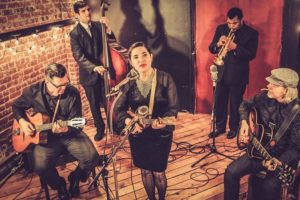