Not sure why but seem to have spent many more hours than usual compiling this week’s list… and I know I have missed events I’d have liked to share with you. However, if I don’t send something out today there is no point… so here it is

Recommended.  Kept me on the edge of my seat and it was hard not to get involved and shout aloud!!
Interurban Art Gallery 1 East Hastings 8p.m. Nov 18-29 $20/$17
12 Angry Jurors
Based on the play/film of “12 Angry Men” Theatre in the Raw’s exciting production of “12 Angry Jurors”! Relocated in time to a hot summer day in late 1970’s New York City, and featuring a gender and racially mixed cast,”Twelve Angry Jurors” crackles with all the excitement found when a group of ordinary citizens are thrown together to decide the ultimate fate of a boy accused of murder. It is spring-loaded with tension, full of surprises, sprinkled with humour, and moves relentlessly toward an explosive and emotional finale.
http://www.theatreintheraw.ca/tickets.html 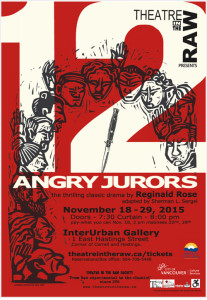 PAL Studio Theatre 581 Cardero St 8p.m. Nov 19-29 $20
Agnes of God (presented by Alchemy Theatre Ensemble)
A powerful drama….Summoned to a convent, Dr. Martha Livingstone, a court-appointed psychiatrist, is charged with assessing the sanity of Agnes, a novice nun accused of murdering her newborn child. Further arousing Dr. Livingstone’s suspicion, Mother Superior Miriam Ruth tries to keep her young charge away from the doctor’s pointed questions. In trying to find out who killed the infant as well as attempting to identify the father of the tiny victim, Livingstone forces all three women to re-examine the meaning of faith, the power of love, and the authenticity of miracles.
http://www.brownpapertickets.com/event/2259535

18th Annual EU Film Festival Nov 27- Dec 9
This year’s event is Pacific Cinematheque’s largest yet, with entries from all 28 of the EU member states. A lively, provocative, stimulating, and entertaining state-of-the-Union celebration of the diversity, dynamism, and accomplishment of contemporary European filmmaking. In the festival for the very first time is Malta, an EU member since 2004, but largely without an active domestic film industry.
http://thecinematheque.ca/eufilmfestival 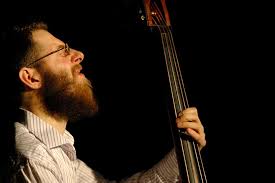 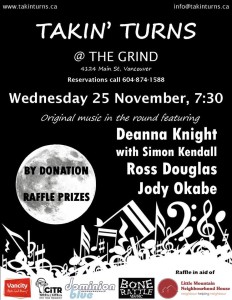 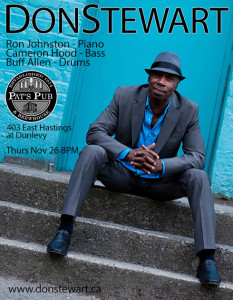 Live on the Drive this week 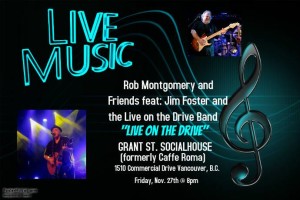 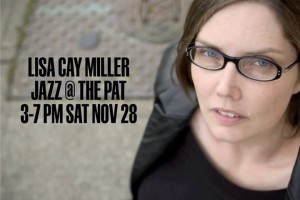 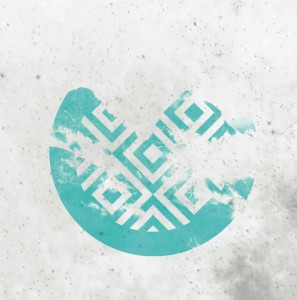 Tangent Café 2095 Commercial Drive 4p.m. Donation
Jeff Gammon 4tet
Since moving to Vancouver 4 years ago, Jeff has become a very busy bassist. His own music draws on the rich tradition of chordless groups of the 60’s. With James Dandifer on clarinet, Mike Allen on tenor sax and Joe Poole on drums.

And if you missed him above…. 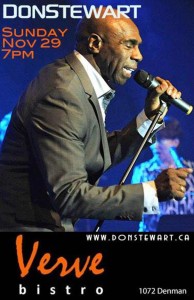